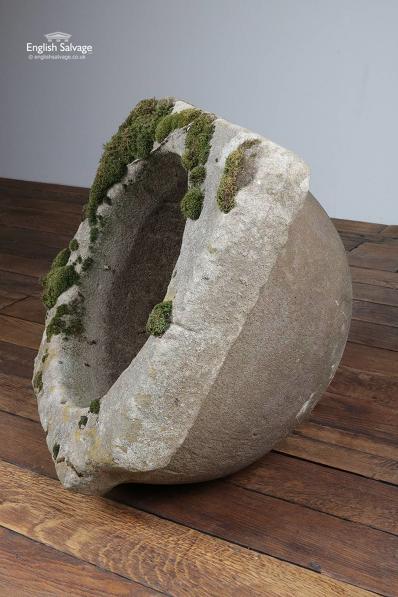 Early stone water stoup, or possibly a font, reputedly originally from Shrewsbury Abbey.  The stoup would have been located near the church entrance for people to dip their finger into the stoup water and make the sign of the cross before entering.  This practice stopped after the Reformation and many stoups were subsequently removed.  The maximum width and depth is stated below, the diameter of the bowl is roughly 32cm.  Weathering, moss and chips commensurate with age.


Fill in the form below to enquire about this item.