YOU'RE IN: Current Stock  |  Building Materials  | 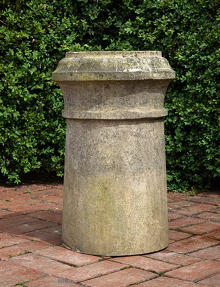 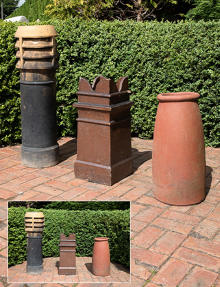 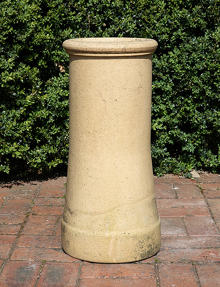 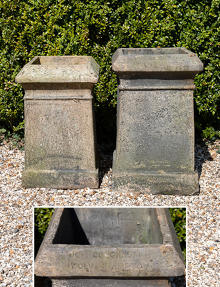 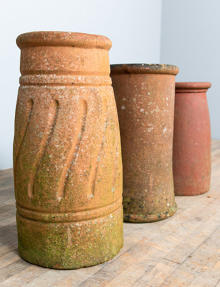 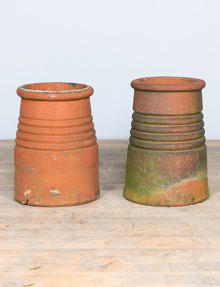 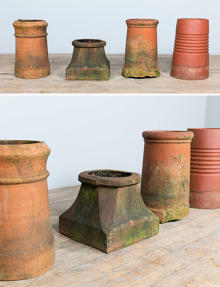 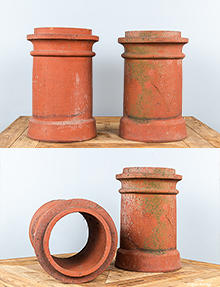 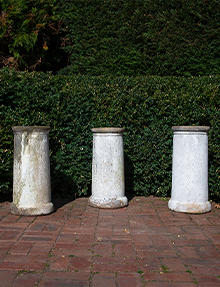 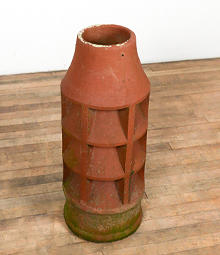 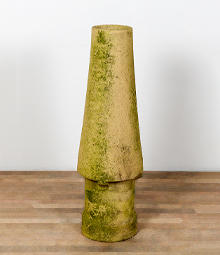 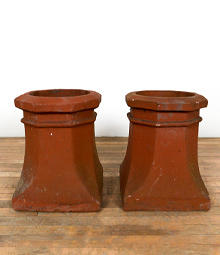 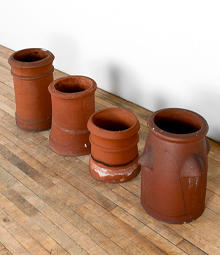 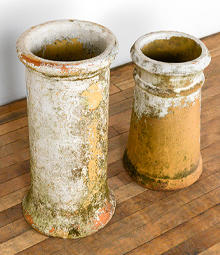 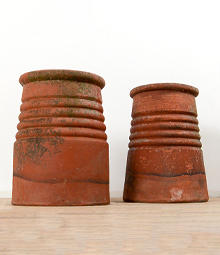 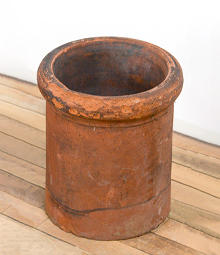 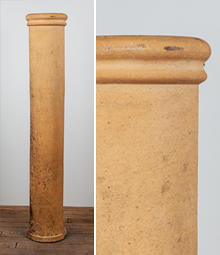 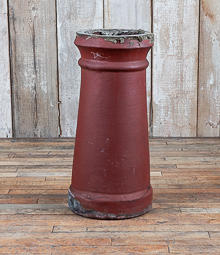 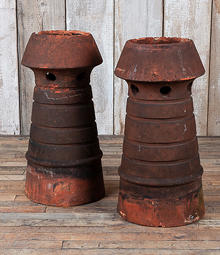 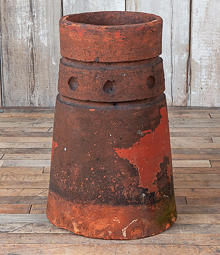 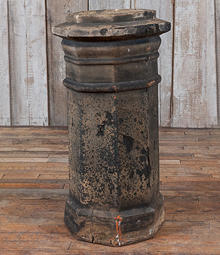 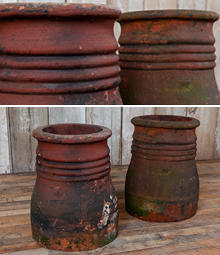 
Designed to improve fireplace draw and limit draughts, terracotta chimney pots sit on top of a brick or stone stack and come in a variety of sizes, shapes and colours.  Believed to derive from the Latin word Caminus (meaning furnace / forge / stove), chimneys became common in houses in the 16th - 17th Centuries and were originally first built of wood (oddly!) and mud or plaster.  Later they became a simple brick construction with an internal flue.  In England, a Hearth Tax of two shillings per hearth, per year was imposed in 1662.  This much resented tax was abolished in 1689 (but continued in Ireland until the early 1800’s) and was eventually replaced by the equally unpopular Window Tax.

Throughout history there have been regional variations in the styles of chimney pots and stacks.  Larger and more ornate structures were often status symbols for the wealthier of society.  When house building was at its peak in Victorian times, there was an ever increasing number of identical terraced houses being built, and chimney pots were used as a way for people to affordably customise their own houses.  Production declined in the late 1960’s with the introduction of the Clean Air Act and more widely available gas central heating.   Today homes with fireplaces and chimneys are becoming sought after again, especially when combined with new eco designed wood burning stoves, as we have for sale here.  Even if they are not used for their original, intended purpose, with their vast array of styles, chimney pots also make great garden features and planters.