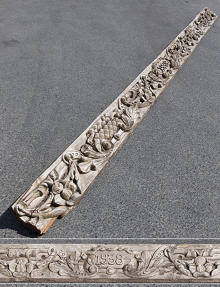 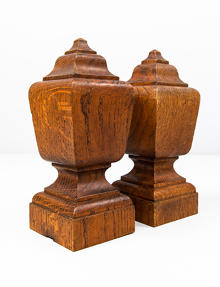 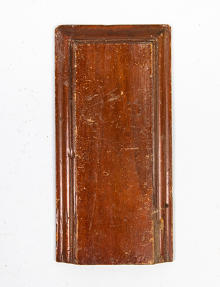 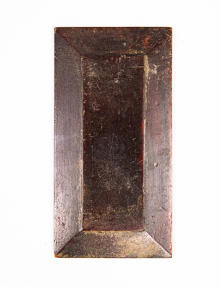 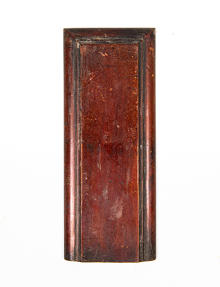 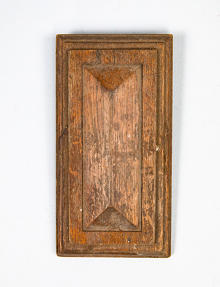 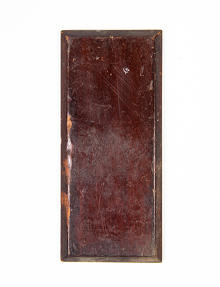 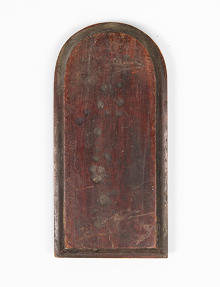 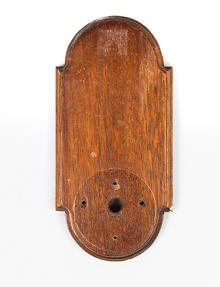 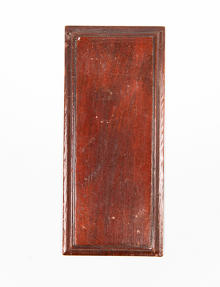 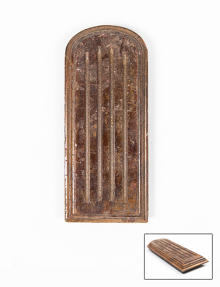 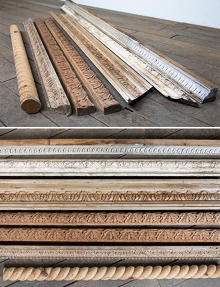 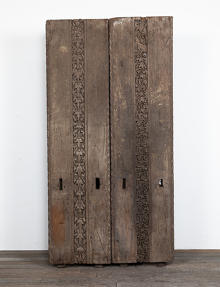 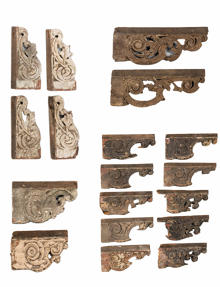 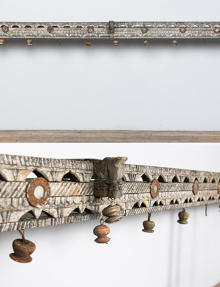 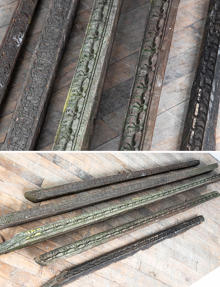 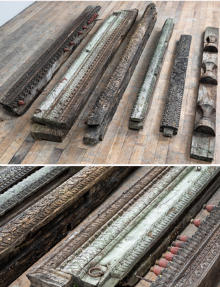 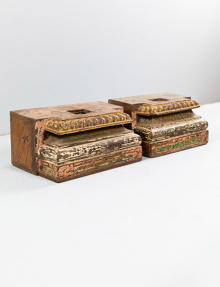 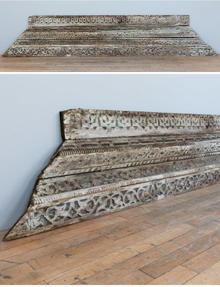 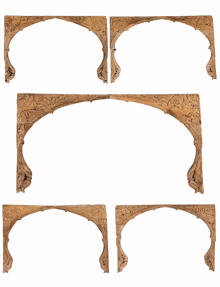 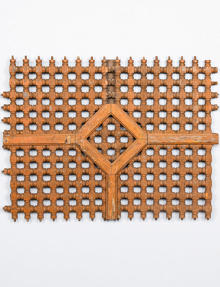 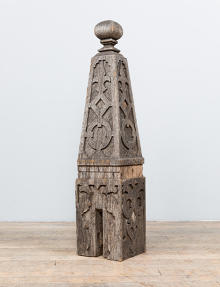 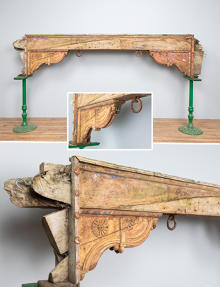 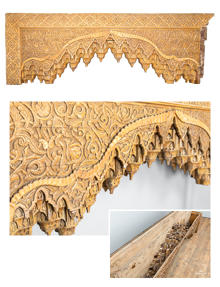 
The history of woodcarving in Britain dates back to around the 12th Century, where devotional work in carved wood can be found in British churches and cathedrals, on Misericords, Reredos and Choir Stalls, based on gothic traditions of architecture.

The latter half of the Middle ages and the Tudor period saw an explosion of woodcarving, not only in churches but also in domestic architecture. This was the golden age of wood carving in Britain and carved surfaces could be found from a simple chamfer on a ceiling beam in a merchants house to elaborate floral patterns, gothic tracery and figurative decoration found on rood screens, pews, pulpits and font covers throughout medieval churches in Britain. This tradition continued into the Renaissance period where Elizabethan and Jacobean styles continued to be popular in domestic architecture. Wood carving of the period can be found mostly on moveable furniture - chests, cupboards, beds and chairs, but also can be found on room panelling, mantlepieces and staircases. Even when the original houses or furniture no longer survive, many of the better carved panels were saved and were incorporated into new pieces of furniture or just hung as decorative panels.

The last of the great carving era of British architecture was the 17th and 18th century, where we can find the exquisite work of Grinling Gibbons and his peers. Carving of this period was very fine and heavily based on nature with grapes, ears of corn and other fine details incorporated into the carving.