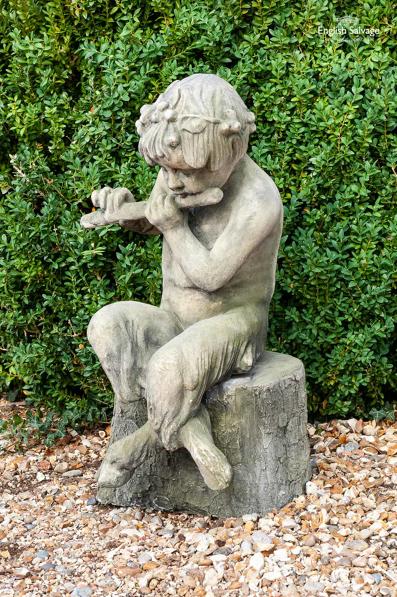 Weathered composition stone statue of a faun or satyr playing a flute.  The name faun is derived from Faunus, an ancient Roman deity of forests, fields, and herds, usually depicted as a half man half-goat being with cloven hooves and sometimes horns.  The statue has a weathered appearance and comes in two pieces, the log and the faun itself.


Fill in the form below to enquire about this item.