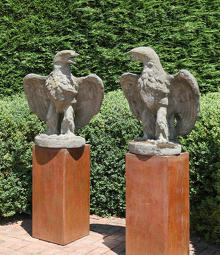 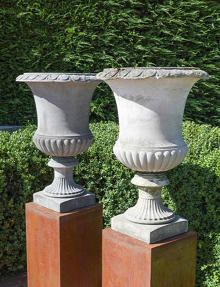 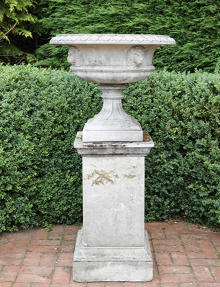 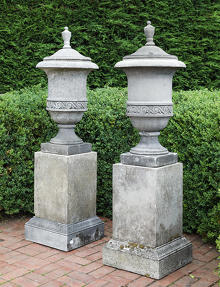 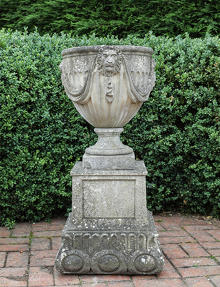 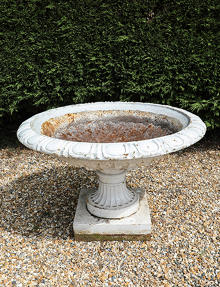 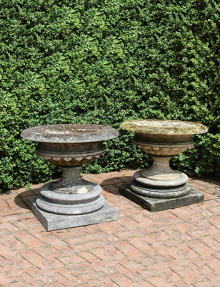 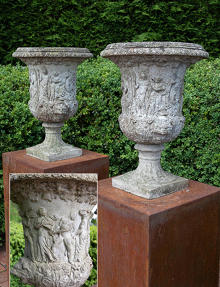 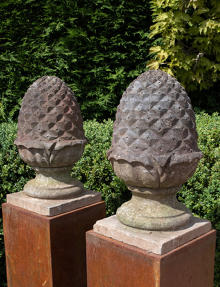 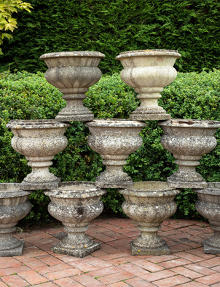 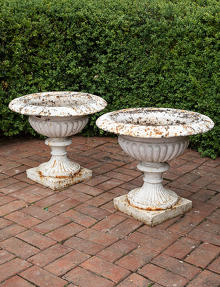 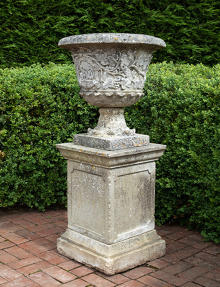 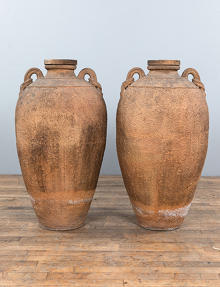 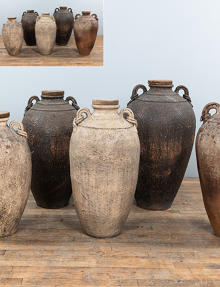 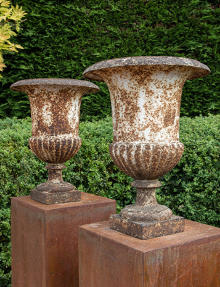 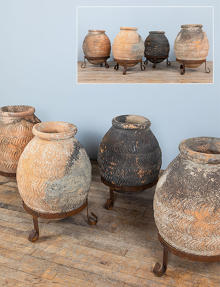 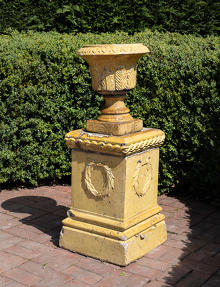 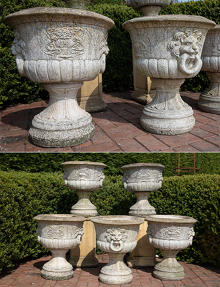 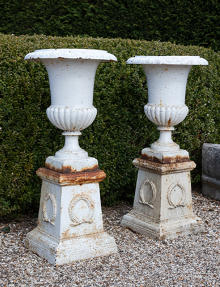 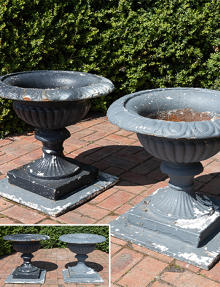 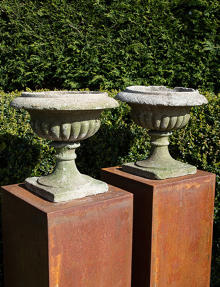 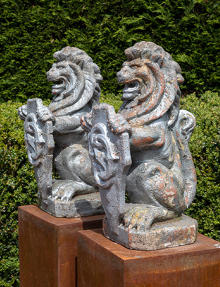 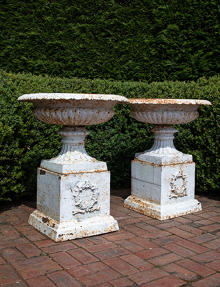 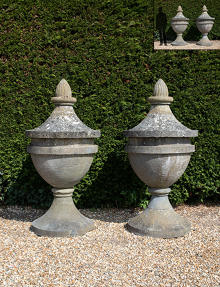 
An urn is a type of vase or container, sometimes with lid, usually sitting on a narrow pedestal. Although Funerary Urns have been found in China dating back to 7000BC China, the introduction into British architecture of the urn form dates to late 16th, early 17th Century and became a characteristic motif of the 18th Century designers Adam and Hepplewight.  It was about that period that the urn shape began to make its way into the garden, usually as an architectural decoration or pier top, rather than as a container for plants. Urns of the 18th Century were made from stone or Italian marble, and latterly artificial stone (eg Coade stone) in the late 1700s.  The heyday of the urn or vase, was the 19th Century, when the Victorians developed the process of casting iron into different shapes.  Most of the iron founders of the 19th Century, such as Handyside, Falkirk, Coalbrookdale, produced a range of cast iron decorative urns. French founders, such as Val d'Osne also started producing elegant urns in the 19th Century. The other materials used for making urns in the 19th Century were terracotta and lead.  Blashfield and Doulton were well known 19th Century makers of terracotta garden ornaments

Garden urns are particularly suitable for a more elegant, formal setting and are commonly placed either side of doorways, or on the boundary of a terrace, or on gate piers. Although present day gardeners often use garden urns as a container for plants, they are usually seen also as decorative objects in their own right.