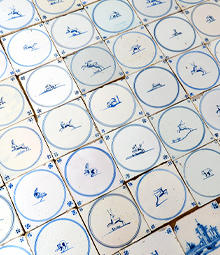 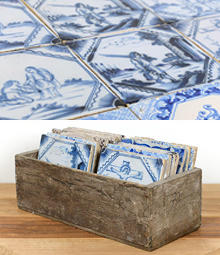 
During the 17th Century Delft tiles began to flourish, it is thought they were first created for the inside of fireplaces, as they were the main focal point in a room.  Though it was soon noticed that tiles were also well suited to cover walls in areas of humidity.  The blue and white colour of Delft tiles was inspired by the Chinese pottery being brought back at the time, and remains as popular as ever.